A tensor is essentially a multi-dimensional array:

In many applications, data naturally form an n-way tensor with n > 2, rather than a “tidy” table.

So, what’s a tensor decomposition?

Well, there are several types of tensor decomposition, but in this blog post I will introduce only the CANDECOMP/PARAFAC decomposition. Following Kolda & Bader (2009) I will refer to it as CP decomposition. But before spelling it out in mathematical terms, let’s start with a simple toy example using the R language.

Assume that we observe spatio-temporal1 data that, apart from random noise, correspond to the following three classes: 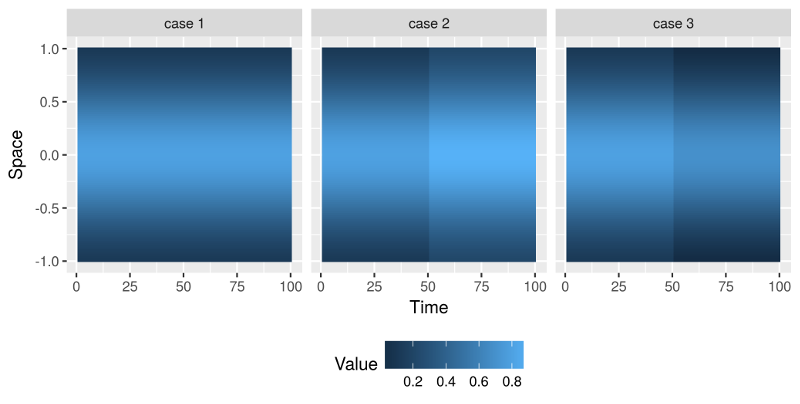 Now assume we have collected samples that correspond to the three classes above (with some added noise). But we don’t know which sample falls in what class, how many classes there are, and how they differ

. In an unsupervised fashion we want to learn the different classes and their differences with respect to time and space.

We can arrange the samples in a 3-way tensor, sample-by-space-by-time. For simplicity, however, assume that the samples are already grouped according to their class within the tensor (but the algorithm doesn’t know that!), so that the resulting tensor looks like this:

In R the above tensor (let’s call it X) can be generated with the following lines of code:

Using the excellent R package rTensor we obtain the CP decomposition with one component per mode of the tensor:

Visualizing the three components, we get the following figures: 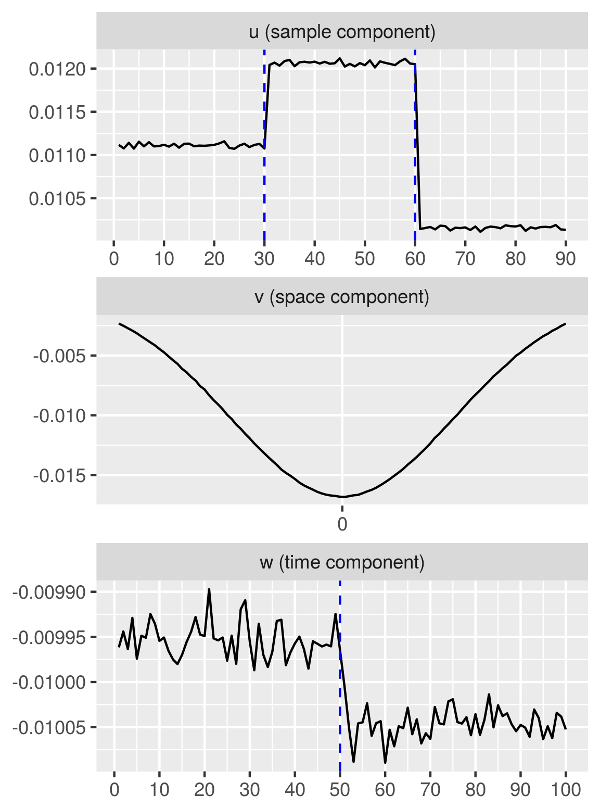 We can clearly see that

So, what did just happen?

CP decomposition (quick summary of the math behind it)

In case of the previous toy example we have that \(R = 1\). Thus, the corresponding CP decomposition has the following form: 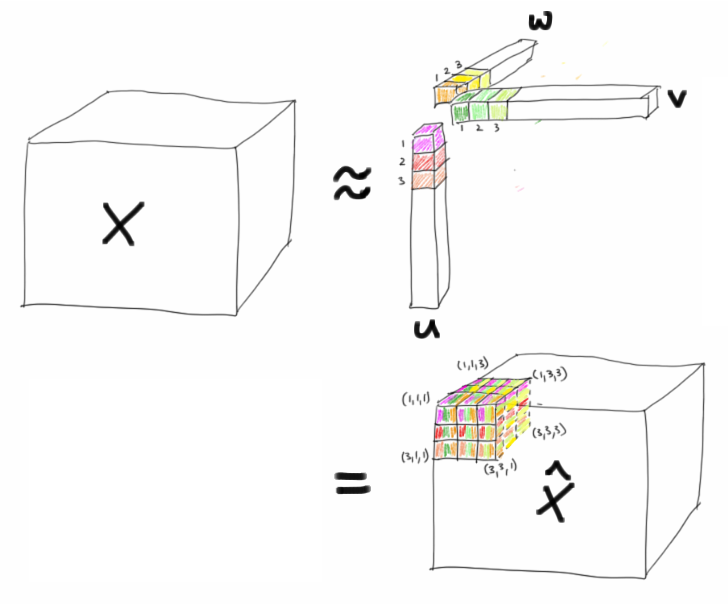 I hope that explains, why the components u, v, and w in the toy example look the way they do!

The simplest way to do it is via an alternating least squares approach, where we would regard certain components as fixed while solving for others, and then iterate while alternating the components regarded as fixed… For much more rigour and detail see Kolda & Bader (2009) Tensor Decompositions and Applications.

Since in the previous toy example, there are no differentiating features between the three classes, apart from a jump in the temporal component, it makes perfect sense to set \(R = 1\) in CP. In order to try out CP with more than one component per mode, I generated data with a more complex structure, and with further differentiation between the three groups with respect to their temporal and spatial makeup:

The three classes in the resulting dataset have the following means. 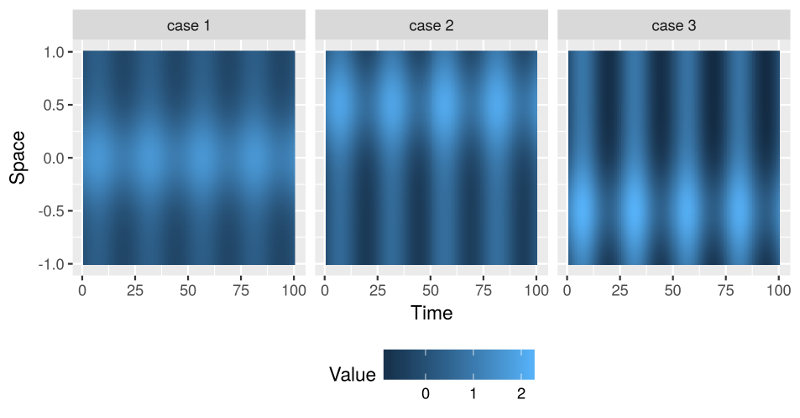 We use a CP decomposition in order to obtain a rank-3 approximation to that tensor:

Here, we increase max_iter to 100, in order to ensure convergence, as can be checked with the conv attribute:

Since we set num_components = 3, the solution now has three components per mode, organized in a three-column matrix for each mode:

And we can even check the percentage of the Frobenius norm of \(X\) explained by the rank-3 approximation \(\widehat{X}\):

Let’s look at a visualization of the obtained components! 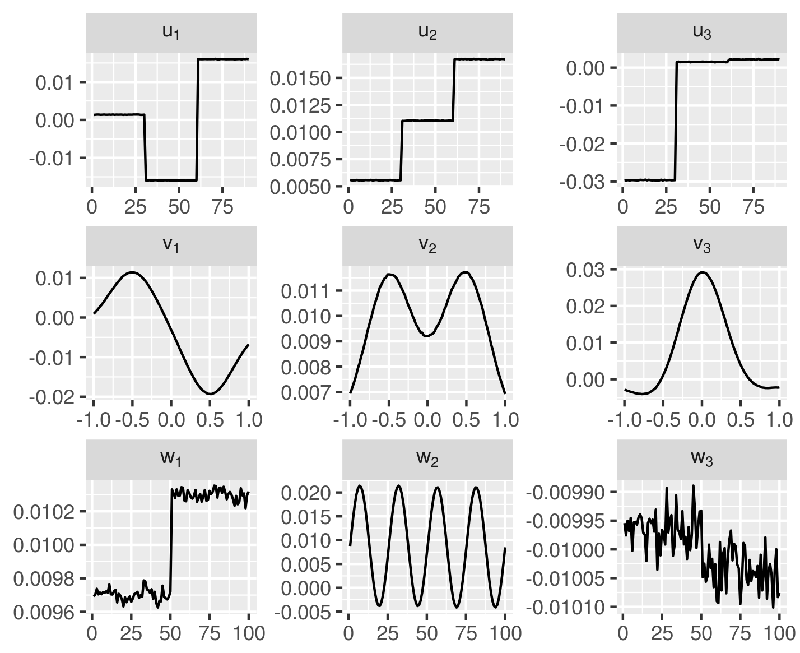 Indeed, we observe that,

That’s it for now. In the next couple of weeks I am planning to write a couple blog posts on other types of tensor decompositions and tensor regression methods, as I am learning about them.