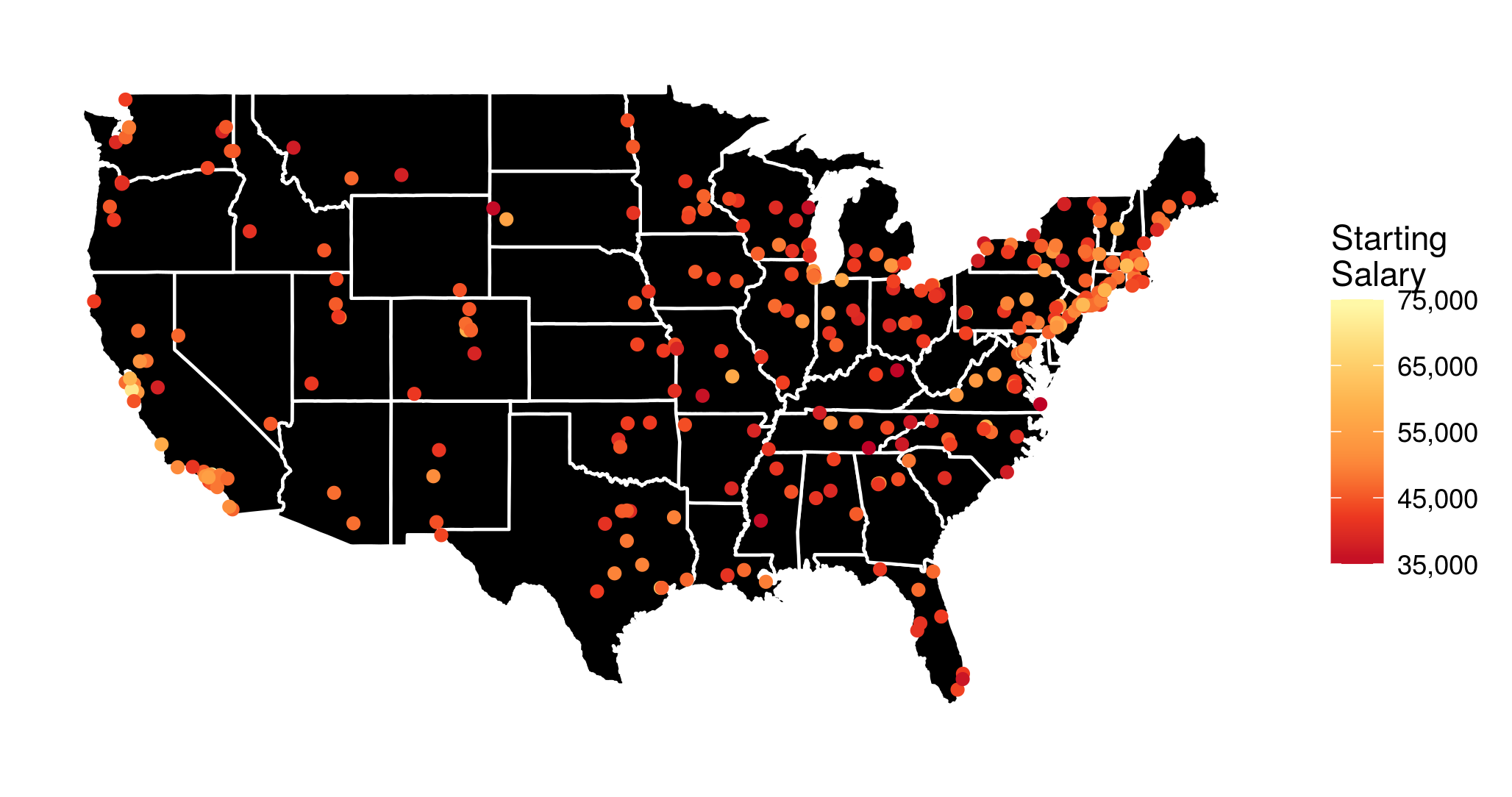 Based on an interesting dataset from the Wall Street Journal I made the above visualization of the median starting salary for US college graduates from different undergraduate institutions (I have also looked at the mid-career salaries, and the salary increase, but more on that later). However, I thought that it would be a lot more informative, if it were interactive. To the very least I wanted to be able to see the school names when hovering over or clicking on the points with the mouse.

Luckily, this kind of interactivity can be easily achieved in R with the library plotly, especially due to its excellent integration with ggplot2, which I used to produce the above figure. In the following I describe how exactly this can be done.

Before I show you the interactive visualizations, a few words on the data preprocessing, and on how the map and the points are plotted with ggplot2:

Now, entering p into the R console will generate the figure shown at the top of this post.

However, we want to…

The function ggplotly immediately generates a plotly interactive visualization from a ggplot object. It’s that simple!

(Though I must admit that, more often than I would be okay with, some elements of the ggplot visualization disappear or don’t look as expected.

The function argument tooltip can be used to specify which aesthetic mappings from the ggplot call should be shown in the tooltip. So, the code

Now, if you want to publish a plotly visualization to https://plot.ly/, you first need to communicate your account info to the plotly R package:

and after that, posting the visualization to your account at https://plot.ly/ is as simple as:

Additionally, it is quite informative to look at a visualization of the salary increase from starting to mid-career.